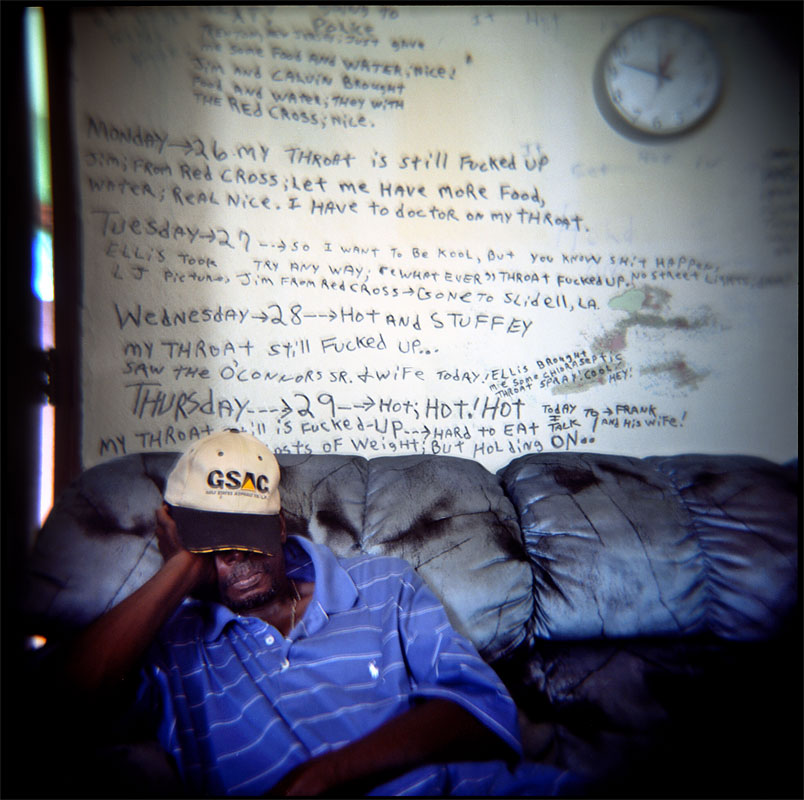 Tommie Elton Mabry rests in an apartment in the B.W. Cooper housing project along Martin Luther King Jr. Boulevard in New Orleans. Mabry remained inside the building during the flooding and kept a written log on the walls, recounting each day since Hurricane Katrina through Oct. 31. The 80 plus buildings in the projects had floodwater that reached anywhere from their foundation to several feet inside the first floor. Two months following the storm, only a handful of residents resided in the complex. The city declared it must be cleared by Dec. 31, 2005.