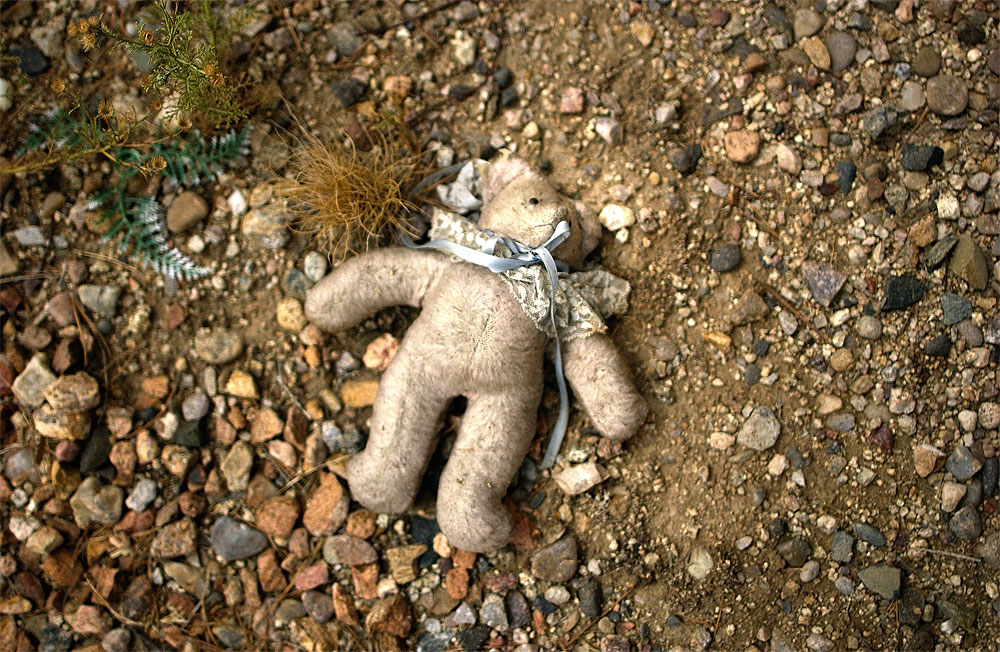 A stuffed bear lies on the ground near the intersection of Copper Avenue and Tramway Boulevard where Jennifer McDargh, 11, was struck while walking home from school on April 16, 2001. The disheveled memorial, erected by classmates and friends, has been relocated underneath an elevated crosswalk at the intersection which Jennifer chose not to use.