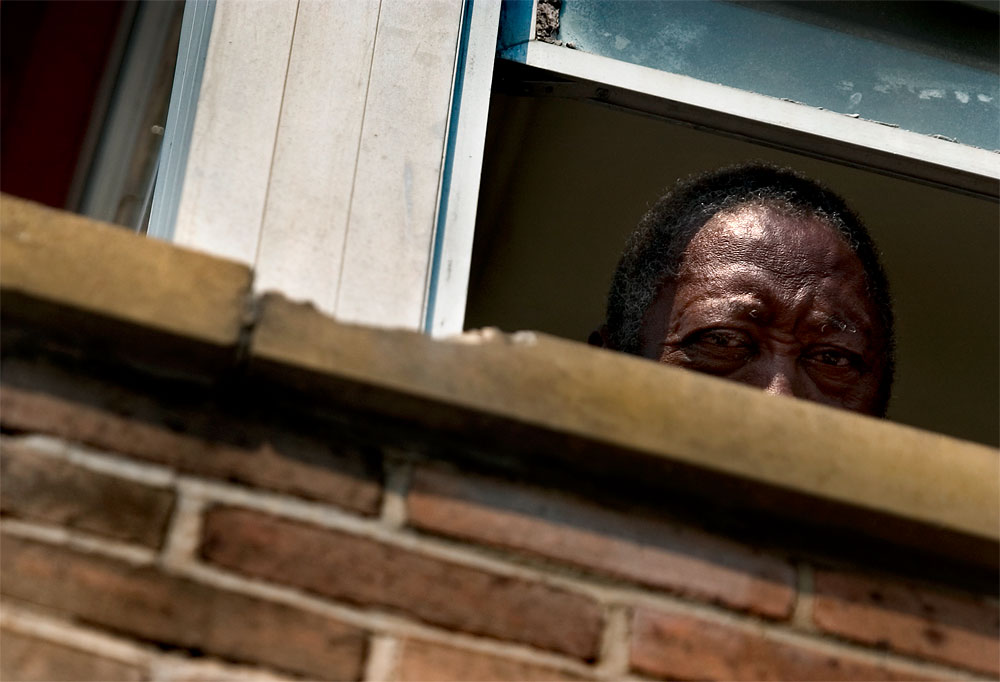 Mr. McMillen stares tentatively at would-be rescuers aboard a boat who are trying to talk him into leaving his apartment in the flooded B.W. Cooper housing project near downtown New Orleans. McMillen was unaware of what year it was and asserted that "Ford" was the current president. He, along with three others, decided to be evacuated.