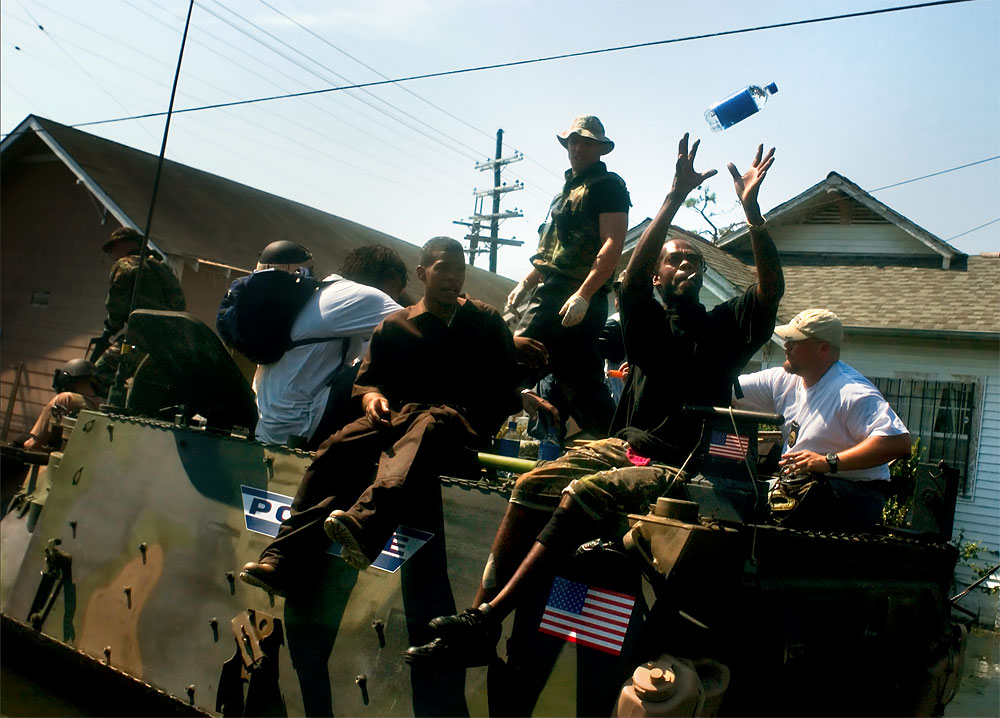 After being evacuated from a home in New Orleans, members of the Robinson family catch supplies from Deputy Nate Lerner. The family initially refused to leave its flooded home, but after 45 minutes of negotiation, they agreed if all of them could leave together and go to the airport. The group included an 80-year-old amputee in a wheelchair, his daughter, a 4-month-old baby, two small boys and other adults.