Journalism: Photography Columns: The hair not there 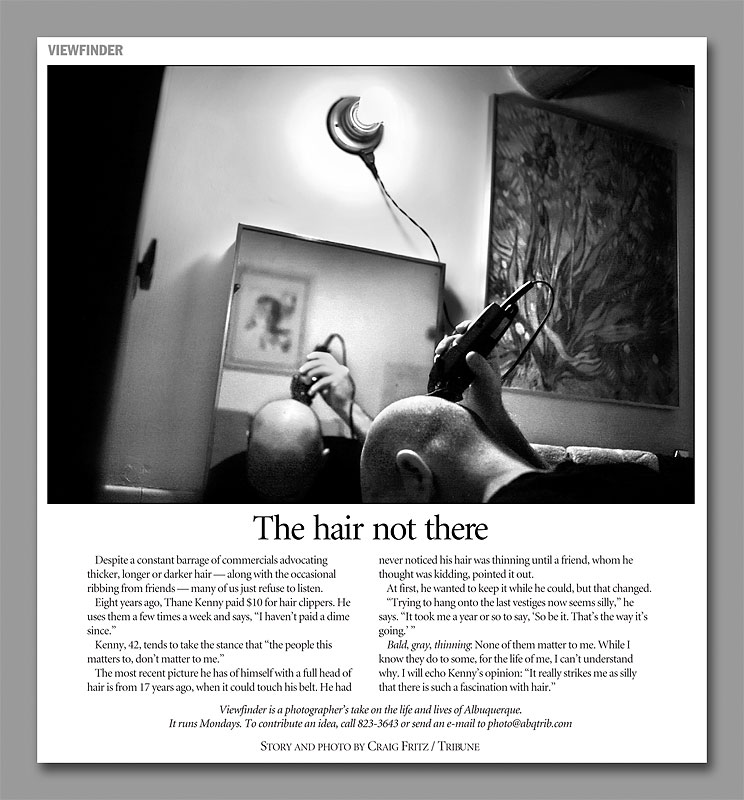 The hair not there


Despite a constant barrage of commercials advocating thicker, longer or darker hair — along with the occasional ribbing from friends — many of us just refuse to listen.

Eight years ago, Thane Kenny paid $10 for hair clippers. He uses them a few times a week and says, “I haven’t paid a dime since.”

Kenny, 42, tends to take the stance that “the people this matters to, don’t matter to me.”

The most recent picture he has of himself with a full head of hair is from 17 years ago, when it could touch his belt. He had never noticed his hair was thinning until a friend, whom he thought was kidding, pointed it out.

At first, he wanted to keep it while he could, but that changed.

Bald, gray, thinning: None of them matter to me. While I know they do to some, for the life of me, I can’t understand why. I will echo Kenny’s opinion: “It really strikes me as silly that there is such a fascination with hair.”